"This Week I Have Been Mostly Painting... Banners" 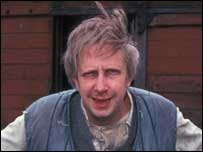 (That's a Cracking reference if I say so myself)

Ok sticking to my schedule, here is my Wednesday; "stuff I've painted update". As the title should tell you, banners have been my focus.

My 8th company banner has been mostly done for a while, its based on the 'Eavy Metal teams Raven Guard banner in war hammer world 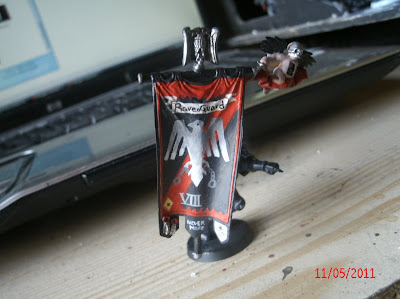 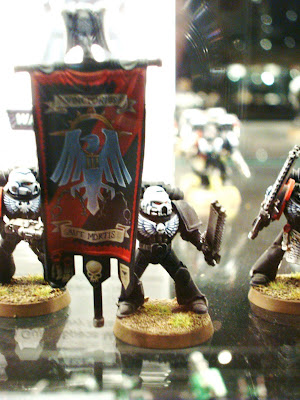 OK so its pretty easy to tell which is mine but I'm pretty proud of it still.

This week I have started work on my tenth company banner. Less free hand has gone in to it atm, mainly transfers that I'm going to paint over, but its still looking good IMO. 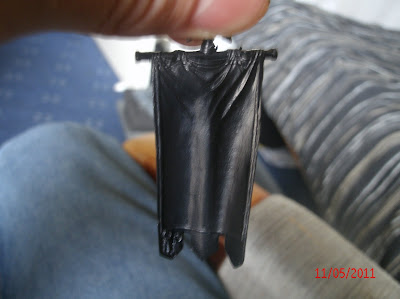 Stage Two: Codex Grey, on the center of the banner 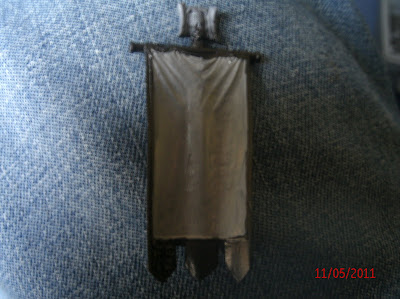 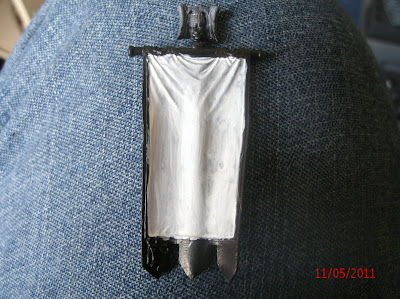 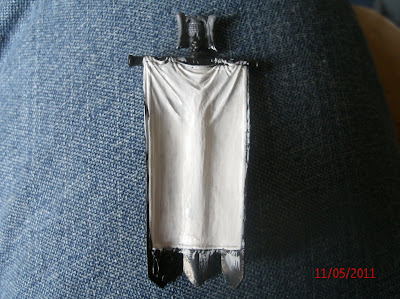 Stage Five: Extreme highlights, Skull White and edges tidied up with "Deathwatch Black", a paint of my own mix (1:1 chaos black and codex grey) 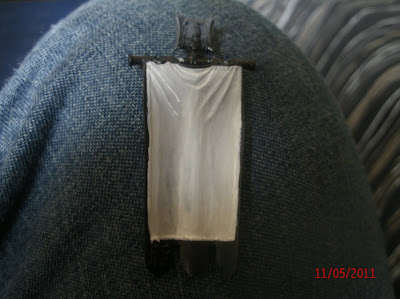 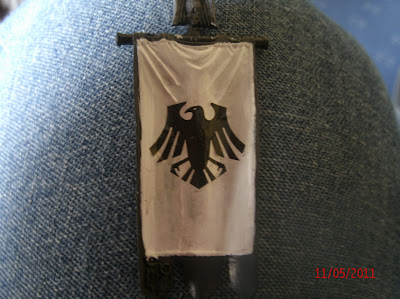 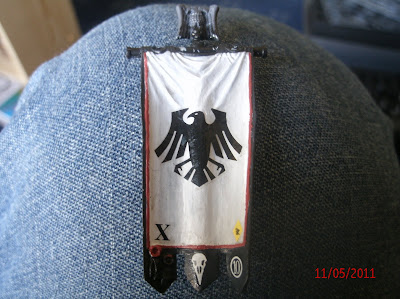 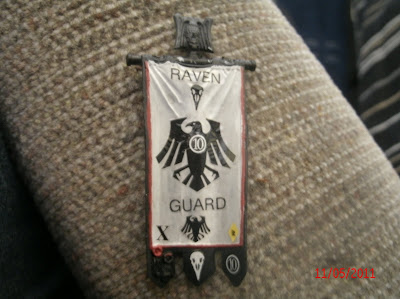 And finally a preview of the on going scout work, that will probably be next weeks post. 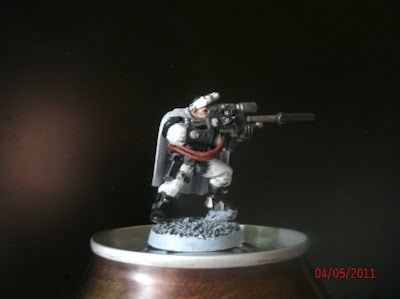 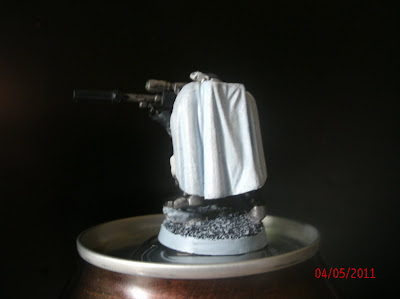 Scout pics, taken in front of a plasma, on a can. I would like some feedback as to if people prefer this plain background to areas of my room/ body for pics, where possible.

As always comments and crits are welcome, this week they are being read by miss Monica Bellucci. 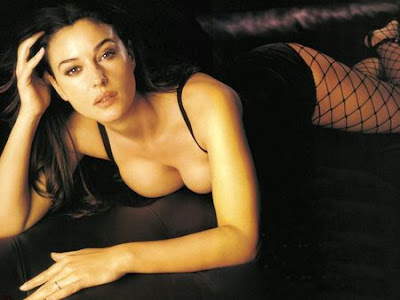 Citizen
Posted by Citizenwilliams at 14:49