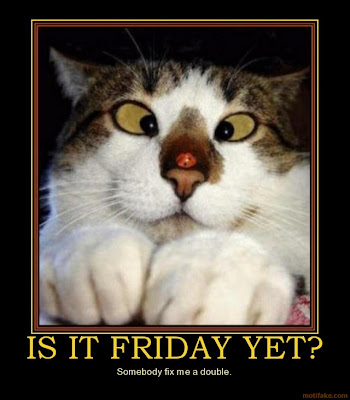 OK, recently my Raven Guard list "evolved slightly" (again) and my "fake" Dante hung up his jump pack and passed his HQ baton to a librarian. This filled two holes in my list, the first psychic defence, which due to the grey knight power 'Warp Quake' I am in need of as my armies effective range is only 12".
The second is Dante lacks the power of the librarian, he's amazing as a utility, taking down HQ stats, non scatter dropping, and "hit and run" (when I remember to use it). All these positives though don't help him smackdown a wraith lord, so for now he is benched.

However the arrival of the librarian brings about another problem, which of the many Blood angels powers do I take and how do I use them effectively?

The second part I'm still too new at using him to know but for now I've settled on "Blood Lance" and "Smite". He's also upgraded to an epistolary so I can still use my force sword in combat. This may change however as so far I haven't used either shooting power before combat. 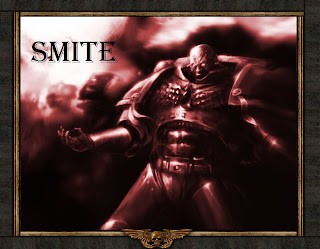 I love Smite, I have for years, the power, its simple and effective and adds a little more anti heavy infantry to my list. I also love the imagery, a librarian blasting a unit with tiny spears of mind energy.
Currently I use this power least but it has helped me out against Lysander in a game this week, who failed all 4 of his invulnerable saves and I laughed like a deranged gothic war gamer... oh wait... 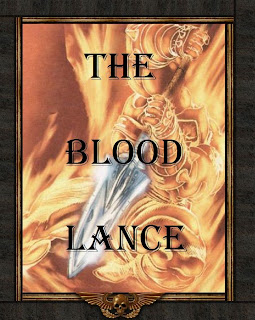 My Ravens list doesn't exactly lack anti tank power, over 12 melta shots a turn does alot of damage. However what it lacks is range, normally I'll have to shoot a tank at close range and weather a charge with a squad, this power have saved me from that 4 times in 3 games so far. This is alot to do with luck, which is my only issue with the power, its unpredictability. 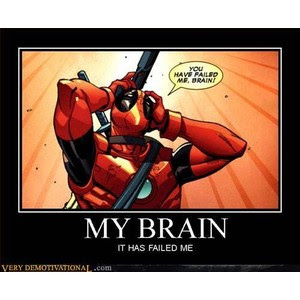 The other powers I've considered are;

Shield of Sanuinius - While my Ravens mostly have feel no pain, they suffer alot from power weapons, low AP and rending (like all marines). I've considered this power to protect my 'vanguard' squad a little so more of them make it into combat, which they need to as its my one real way of dealing with the enemy.

Unleash Rage - Again a power to boost my combat prowess, this power will definitely require me keeping the librarian as an epistolary.

Comments, criticism and advice are very welcome. Eva likes to read them... 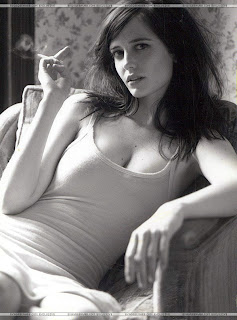 Citizen
Posted by Citizenwilliams at 00:10