Guard! On the Double! 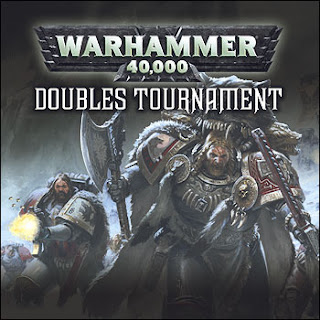 Right a day late due to Blogger hating me but here goes. "A.D." (you'll see his comments about) and I are heading to doubles with "The Dwarf" and his cousin.

The Dwarf: Salamanders (they will look familiar in pics ;p)
His Cousin: Dark Angels (the dwarf will be proxing his cousins army with my old Deathwing for test games) 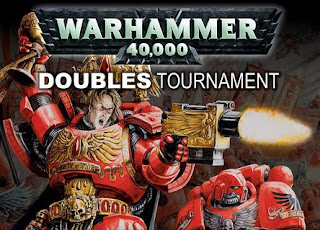 So for a brief over view of the army rules.
1750 divided in half and one force organisation chart between the pair. Each player must take 1 HQ and one troops choice the rest of the choices are free reign. There is an allies matrix with rewards and punishments for fluffy and non fluffy alliances. Both our pairs have a "battle brothers" alliance and can take a veteran skill for once squad which must be noted in the list.

Tomorrow I'll post the total 1750 for A.D. and I once I spray it tomorrow morning, and our list too as I'm waiting for a confirmed version of his half.

Next time - Drunk, Sexy and full of Points.
Posted by Citizenwilliams at 19:28