Drunk, Sexy and Full of Points.

Doubles is set at 1750 this year, this has been an interesting issue combined with the doubles format as far as list writing is concerned, balancing your own list with a different one and making it all gel and be within the limits has been much more challenging and more fun than a standard list write.

So lets begin the "Team Drunk and Sexy" list posts. First up my own section.

Now after a hard days testing with Gmort, A.D. and I fine tweaked this list and the addition of more points for this years doubles meant a few more heavy weapons. The basic idea of my "force" in the army is a bunker that sits in a corner and pounds anything within 48" and levels anything within 12".
I have all the models required now except for one commissar, though I think I'll have two if this model... 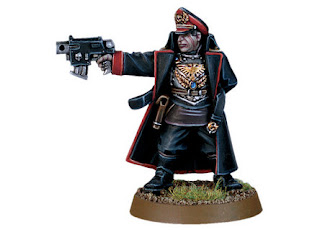 He's always been a favourite of mine.

So the colour scheme I'm going with was formally this... 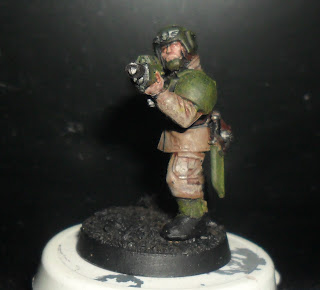 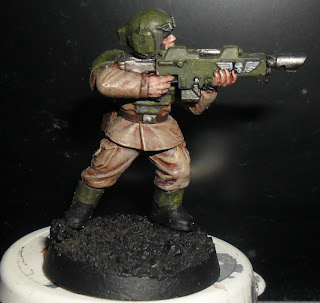 The GW standard Cadian scheme but once we decided to use my Raven Guard I thought I'd try to tie them in more with my force, so they became the Kiavahr PDF....
So now I have 60 odd guard models to paint :S

Next time - A.D. The Raven Time.
Addendum - A.D. and I are away for the next two weeks so I'm writing the rest of the initial doubles articles today and scheduled posting them, if they fail to appear blame blogger for failing me and look forward to a barrage of posts on my return.

Also there other blog and links round here if you are bored or looking for more to read take a look and leave a comment I know the guys would appreciate it.