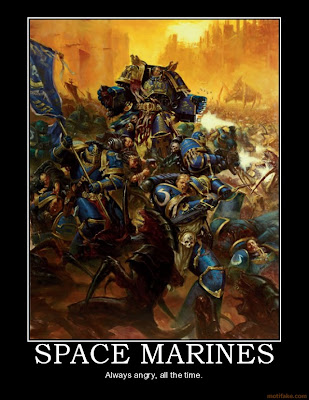 We kick off with out first game against two very friendly fellows from London (Sam and really really sorry but can't remember your name). We rolled up a little earlier than them and found an average table layout, with enough cover for the guard and a bastion (which we later decided to call impassable).

While both players were using the marine codex (pics of the lists below) they were differently themed and its the second closetest list we played to a doubles list (we played double marines, double D-eldar twice, double guard and double CSM) 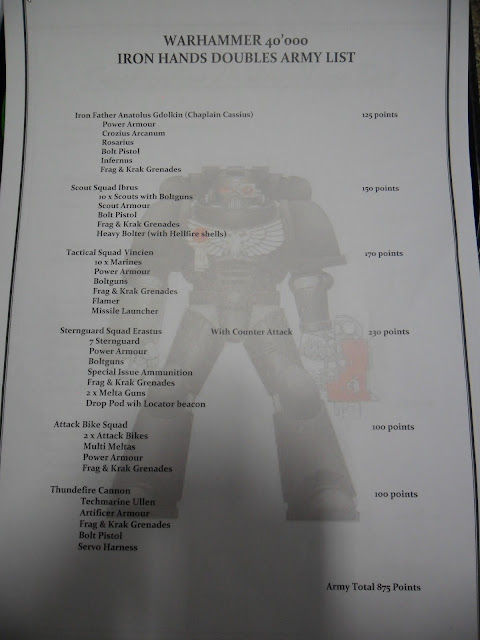 The missions pretty stnadard and one of the few A.D. and I have practised, I don't have enough photos due to time to do a full report but the game was close, comin down to a lot of long range shooting while A.D. casually killed off all the Raven guard leaving half our army fighting the whole of theirs (this became a theme), we narrowly lost but left the game feeling great.

1) I never saw our army as intimidating, but as we learnt from these guys and their hour long first turn, apparently it is.
2) Bugmans serve booze from 10 am, A.D. and I were the first people with beer in the hall (win!)
3) Cassius is super hard!, A.D. used the Ravens as bate to hold up the assault element of their army mid table. This is something I nedded, Cassius ended this by not dying EVER!!!
4) If you bring 5 CC termies to a fight against guard, deep strike those suckers, or I will auto cannon them to death.
5) Thunder fire cannons hurt guard alot!! My HQ command died and I had no usable orders.

To finish a few pics (badly taken) of their army, it really was v pretty. 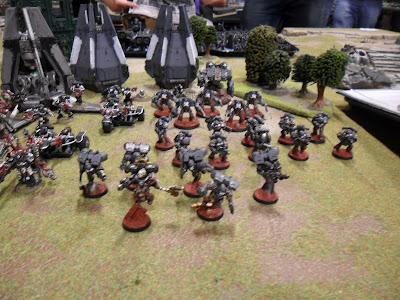 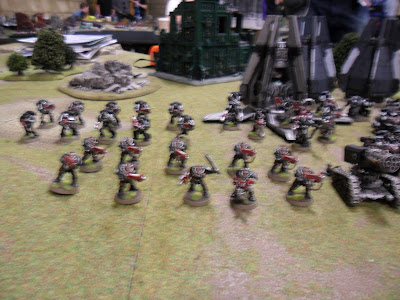 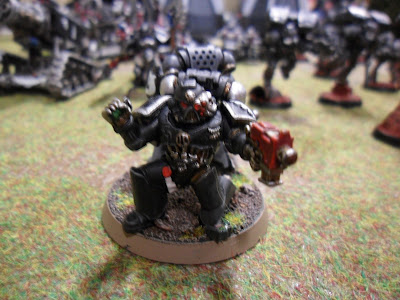 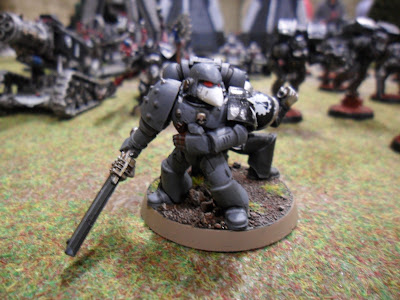 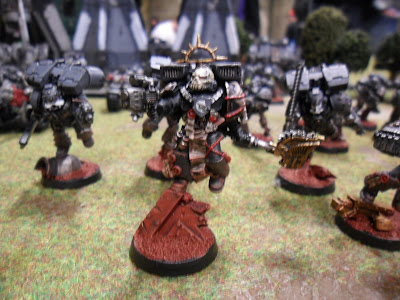