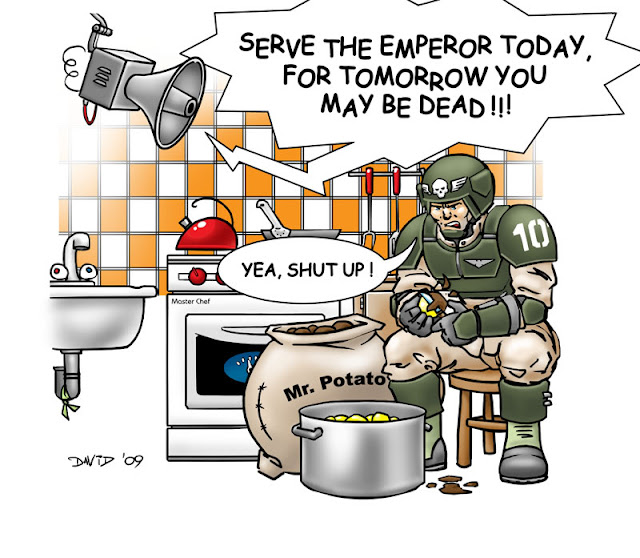 Yes dear reader I finally remembered to ask GMort for the pics. However I have forgotten much of the game but I shall give it the old college try.

We strolled up Sunday morning and once again were greeted by two friendly people (Chris and.... ok I suck with names, thats what this has taught me).
*aside, some backstory* A.D. and I drank ALL Saturday from 10 am until about 1 am. Our hotel room was the temerature of the sun and we were sharing a bed. All this meant tactics were not in prime place in our heads.

The mission was one of the space marines battle missions and called for a defender and an attacker with the defender deploying and the attacker (space marines in the book) conducting a lightning strike.

We SO wanted to defend and the dice were kind, while half of our opponents force was ground infantry the other half was flying circus so they seemed fine with it all.

Now for some pics of deployment. 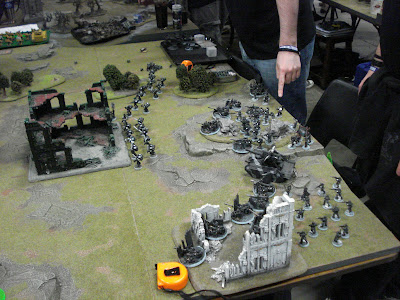 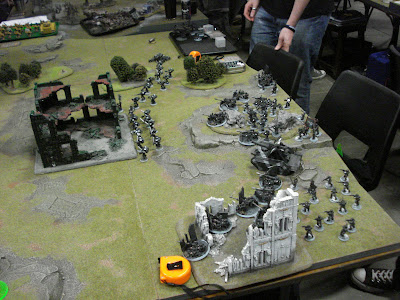 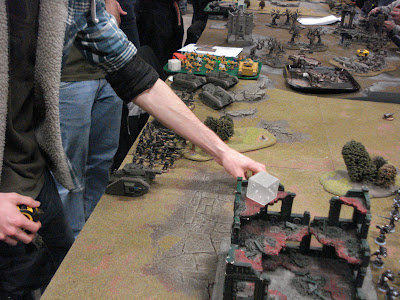 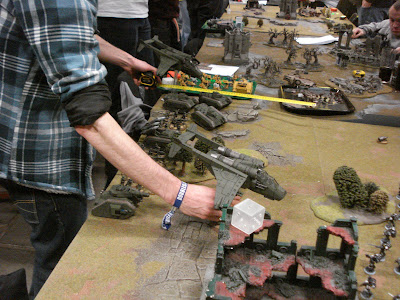 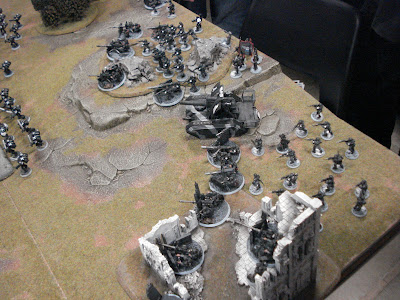 Our opponents rolled on the opposite corner to the one I had bunkered in. A.D. set up in front to sheild the guard and charge earlier.

My memory is fuzzy about much of the rest of the game, we excahnged long range shots theit manticore got off one missile (its killed 4 Ravens) before I sniped it with the world luckiest auto cannon, but they just had more fire power. Once the Ravens hit their line tanks began to pop. A lucky blood lance took out 2 tanks and a vendetta, with an assault squad munching through a guard platoon. None of this good luck was to last as the return fire dropped many Ravens )except one, but we'll get back to him). The game continued with us switching the upper hand every turn. we lost all the ravens and the enemy advanced.

One final round of shooting left them with 2 objectives and us with one. We had a turn, at A.D.s suggestion I fired a shot at a tank on the center objective not at the squad on our flank as was my instinct. The same lucky autocannoner took out the chumera leaving its occupants punned and unable to hold the objective.
1-1, through sheer luck. 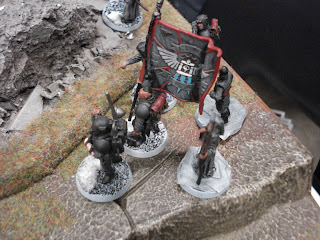 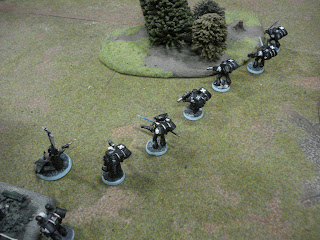 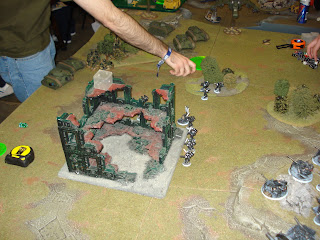 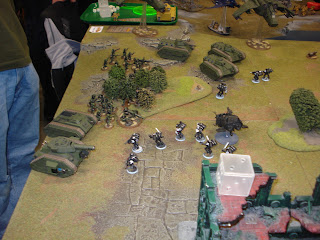 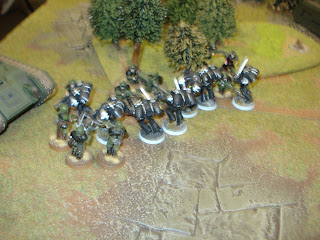 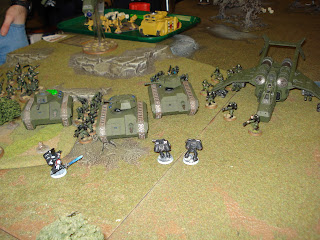 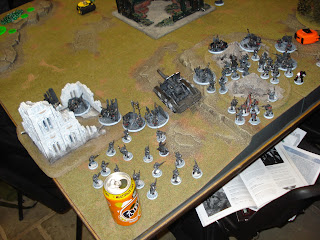 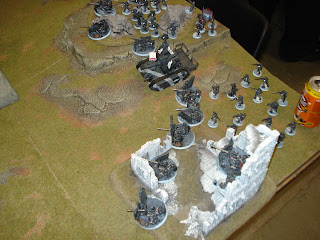 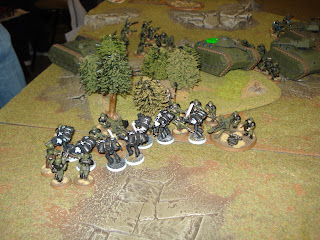 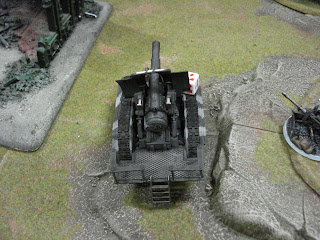 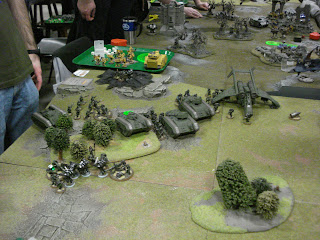 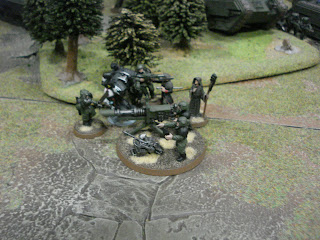 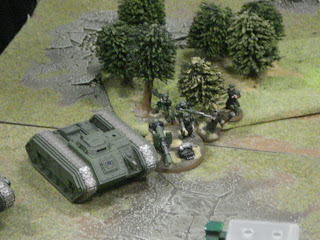 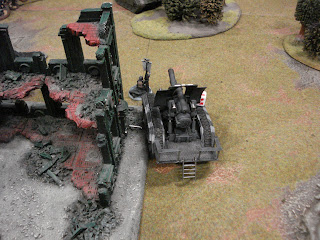 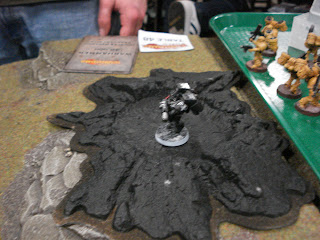 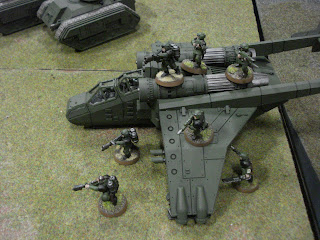 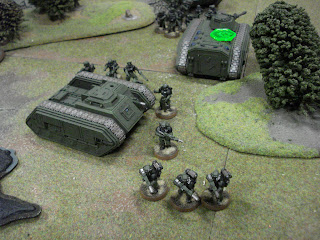 Over all another amazing game, where A.D. and I were frankly out classed but thanks to luck and well luck we snuck out a draw. The two fellas were great too, another pair of like minded gamers, which doubles seemed to be full of.