So, while I let Gmort sort out the pics in his own time I will continue on my doubles theme. So after A.D. and I returned from doubles we banged on about what a great time we had, this combined with how much a tourney costs and our groups in ability to produce an army at any speed.

So with doubles being only 875 per person seems like we'll be hitting it, with some still completing their 1750 forces for ToS.

So A.D. and I have decided to head up again, this time taking Eldar (for A.D.) and Dark Eldar for myself. The justification is a piece of fluff in the Deldar codex about how they fought with Iyanden (A.D.'s army is wratih heavy) as they found their 'necromancy' amusing.

I have 6 points spare, but not alot to do with them. I wanted to do a Slicus force as I've talked about before but had Lileth kicking around as a painting project. Once I saw how hard wychs were at doubles, I was set, wych cult.

Below is my second attempt at a "Cult of Strife" wych, I'm slowly getting better, I like the colours, I just need to work on my blending.


The Jet bike I'm less happy with, though it looks better in the picture. Hoping to get some advice from a few friends before I try Lilly as she will be the center piece to the army. 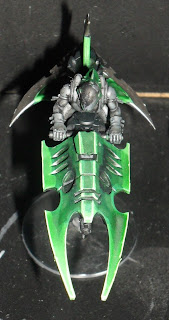 As a bit of a side topic, aMoR is now on facebook, there should be a like link in the corner, failing that search "A Murder of Ravens" or add me Tom Williams.
Other excting changes, I recently suggested an odd colour scheme to a friend and as he's let his on blog slide, he's moving in to the Raven-spire. I'm hoping to have a few of these guest armies or development posts, they'll be over in the link section to the right or posted on the FB page when a new one appears.
Well thats it for the week, check the Heresy blog for a guest mission GM'd by the internets own GMort and check back next week for the round up to doubles. 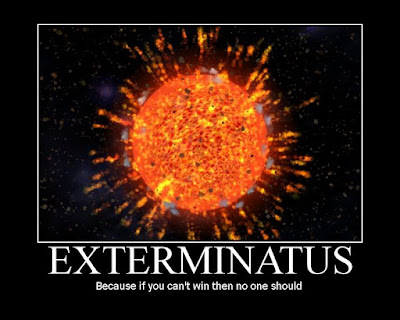 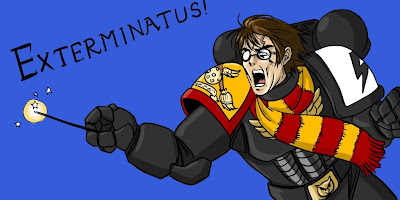