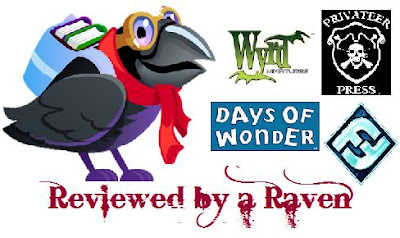 So a few weeks ago I was given the chance to review a copy of the newest living card game (LCG) from Fantasy Flight. You can find my first review in the side bar if you've not read it, but while I loved the game I didn't really get to do what I wanted to with it. I love card games ever since I first saw Magic: The Gathering I loved the idea of card mechanics and how deck building worked, but hated random booster cards. When I later discovered the Game of Thrones LCG I marvelled that I knew what cards I would be getting which meant deck building was cheaper, easier and allowed for more interesting combinations. 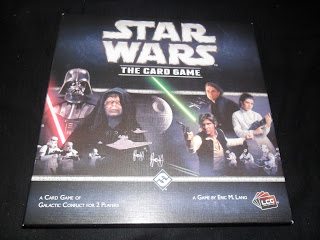 It was this element of the Star Wars LCG I wanted to test especially as the system in SWLCG was even more elegant than the GOT one. So i decided to re-acquire the sample copy and give it a bash.
Unlike the GOT LCG which allows you to choose any card you like but worked better if they are from the same faction, The SWLCG gives you groups of six cards that all fit a certain theme. A deck is then made up of several of these groups. 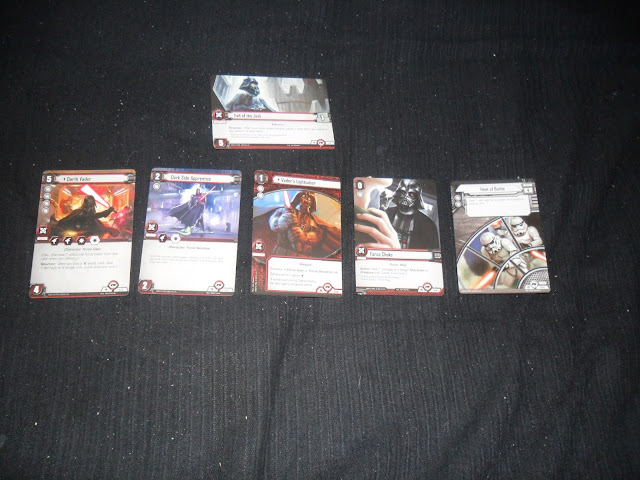 The example above is the first card set for the dark side. As you may be able to tell it revolves around Darth Vader, the set gives you two characters (the core of your deck) and attachment to improve a character, an action card (a one shot event) and a fate card (a mechanic unique to the game) and an objective card (which generates resources and is what you must defend). This is a fairly typical set of higher than average power (it is Vader after all).
Before you build a deck you must decide two things. One which side of the force do you wish you play and which faction of your side do you wish to play (E.g. sith, imperial navy, bounty hunters). A deck is made up of ten of these sets divided up into an objective deck and core deck. Usually its better to choose set linked to your faction (as faction specific resources are usually needed to play cards) or neutral sets (that can use any resource). 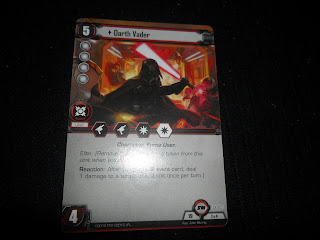 I however was intrigued to see I could make a themed deck, for my purposes an imperial navy deck of all fighters and Vader in his TIE X-1.

So I began by choosing the dark side pile of cards (obvious I know) then decided that while Vader himself is Sith aligned, the majoirty of the deck would be from the Imperial Navy so that would be the faction I woul build the deck under.

I seperated out all the objective sets and pulled out the five imperial navy sets (out of eight) that dealt with fighters and capital ships rather than storm troopers. Then I took out Vader's set and Vader's X-1 set from the sith pile. This left me 3 sets down and struggling to fit any more into my theme. I decided that One set that included the Coruscant defence fleet was close enough and filled the other two slots with neutral choices. 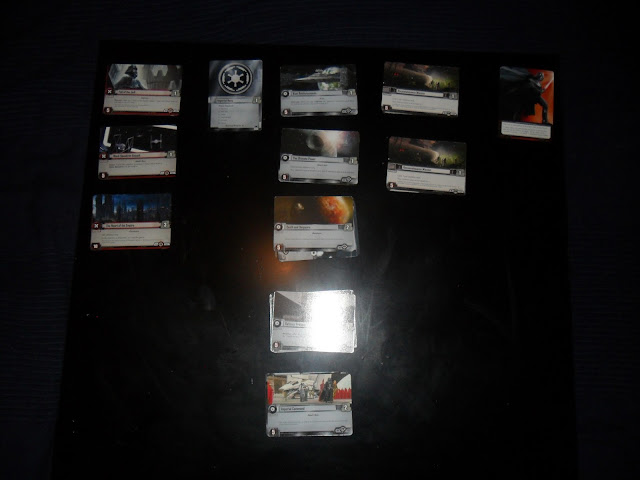 I then checked all the rules on the cards and in the rulebook and realised I had to drop my defence fleet so replaced it with another neutral choice.

I intend to test the deck on Sunday so will let you know how it all goes.
Posted by Citizenwilliams at 18:25