Malifaux On A Budget: Utility Models 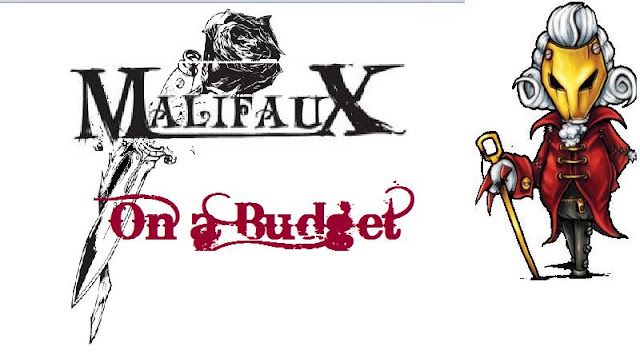 Malifaux is a system that rewards synergy and story. Crews that work together in the fluff work together on the table top well. usually very well. However with so many masters, so many players owning multiple masters and so little synergy between masters "core" selections, how do you fill out the rest of your points? Utility models, these are minions that benefit lots of masters or synergise with lots of masters, without necessarily being one of the "core" choices for that master.

For the purposes of this article (and because I ended up with over twenty) the term utility model is only being applied to non mercenary (except in rare circumstances) models that benefit three or more masters. I was tempted to rank these guys by best choice and most versatile, but it would be forcing too much opinion onto your guys and detracting from some of the other choices. I've focused on Ressurectionst and Neverborn for these first choices as players at my FLGS often struggle with expanding these two factions in particular.

Rafkin is in background a minion of Nicodem, as you would expect an embalmer to hang with an undertaker. His skill are of equal value to other masters though. Rafkin is a better than average summoner of undead, useful to crews like Seamus who lack another summoner. He also has the ability to generate body part counters as other around him use up their corpse counters, or make some by cutting on an opponents model.
Added to his skills as a mini factory for "mindless undead" Rafkin can also heal friendly undead models (including Nicodem) and give friendly models hard to kill, meaning what he helps you bring back, stays back.  Add poison and the ability to gain 3 AP a turn and Rafkin is a steal for almost all Ressurectionsts.

Nicodem has his vultures, and McMourning has his chihuahua both totems are great for grabbing corpse counters. However canine remains can do this too, and unlike the totems can be brought back from the grave by a fair few models (Nicodem, Mortimer and McMourning). They are fast and if there are no counter to pick up can be a free corpse counter themselves that you turn into something useful for two SS.

The appeal of night terrors lies in two factors, the first the sheer number of traits they have. Kirai can benefit from their spirit trait, the Dreamer gets a soul stone for hiring a nightmare and Marcus has great affinity with beasts. In addition to this they are super fast and can grab an objective on the other side of the board turn one if you take enough of the blighters.

SS Cost: 14 for both 7 each
Masters: Lilith, Pandora, The Dreamer, Zorida

As Nephilim, Woes and Nightmares  the benefits of Lelu and Lilitu are more obvious to some masters than others. Combine their trait synergy with their synergy with each other, (they can heal each other and summon the other twin back from the dead) their ability to heal other Neverborn, and a none to shabby unit in addition to all the extras, they are a Neverborn Swiss army knife.

We've discussed the merits of the Neverborn's personal beat stick before but it is worth repeating. Hard to wound, Regenerating and with the ability to charge anyone who fails a WP duel nearby he is combat. What many over look though is the fact that teddy is a construct, and that means the construct masters can hire him. While not as useful to them, his damage is still pretty handy, Ramos can keep Teddy alive while he and a Steamborg tag team anything in their path.

Well that's it for out first utility post. As usual comments and criticisms welcome. For those local to Birmingham keep your eyes open for two upcoming Malifaux Tornaments and the Red Sun Rises campaign updates.
Posted by Citizenwilliams at 09:00