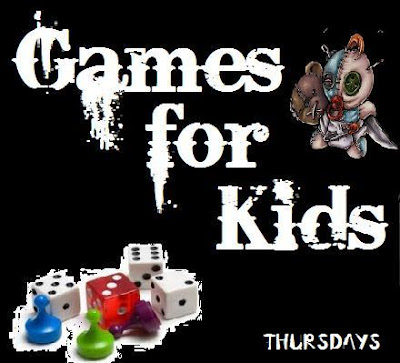 Those of you who spend any amount of time in a LGS or have visited a forbidden planet and poked about in that strange section at the back will have seen a rather lovely blue box, with an intriguing picture of a medieval town and a rather splendid looking knight. This dear readers is Carcassone. Named for the famous French fort town, it a European style semi co-operative building game were players compete to construct castles, roads and monasteries to out score each other on an ever growing board. 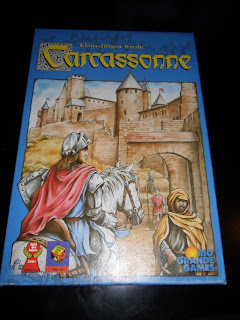 The game begins with a single tile containing a piece of castle and a piece of road (shown below) players then take it in turns to draw a tile and place it attached to a corresponding section; castle to castle, road continuing road etc. 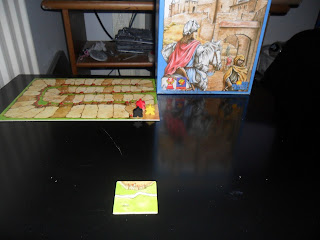 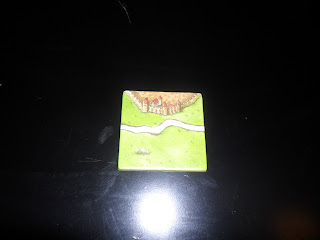 When a player plays a tile they are allowed to play one of their tiny wooden people meaning they own that stretch and other player cannot claim it. 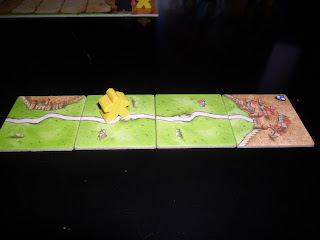 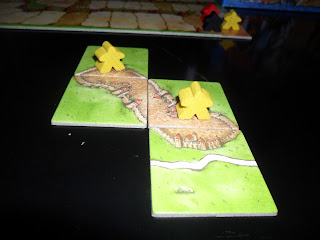 The longer your road, or the larger your castle the more points you score, as shown however the castle.road must be complete to score full points or it only counts as half points at the end of the game.

Monasteries work a little differently. A monastery tile earns 9 points when completely surrounded by other tiles. There are also farms but they make things not fun, but field areas between constructions can give extra points, but usually players cancel each other out. 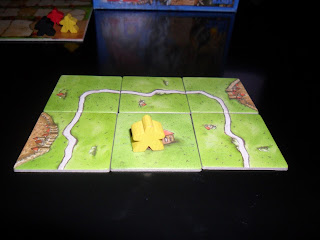 So with two small children armed with this knowledge we began. (I apologise here, as followers on facebook will know there was a small camera glitch so the pictures end here.) The first few turns went fine with each of us grabbing a few points here and there but by turn 10 all of us had our 6 little men committed to growing projects. Now the tension and frustration began to build as our castle and roads got bigger and bigger with other players taking the tiles we needed, until at last my youngest sister (she has ALL the luck ever) found the tile she needed and jumped from 10 points to a whopping 60! She then began to complete her second giant castle but I had a trick up my sleeve. While you cannot play on to some one else's castle you can join one of your half finished ones to their's. So this is what I did. With much cackling from my other sister we got equal points which late in the game is a great boon.

The game finally finsihed, with all the tiles out and very few incomplete castles, My youngest sister had won but only by 3 points, while i despite my clever tricks was dismally last.

Fun and Fast paced Carcassone is usually a game we play between big box games on a games night but served as a great pre-dinner game to drag my siblings away from I-Carly, so for that alone i recommend it. Where it may fall down is replay-ability as while the board changes the game doesn't, though there are many increasingly complicated expansions. I see Carcassone as another good intro game for new players used to the traditional style of games we have in the UK.

Normal service will be resumed next week when my camera wishes to play ball, until then get gaming dear readers.
Posted by Citizenwilliams at 17:55