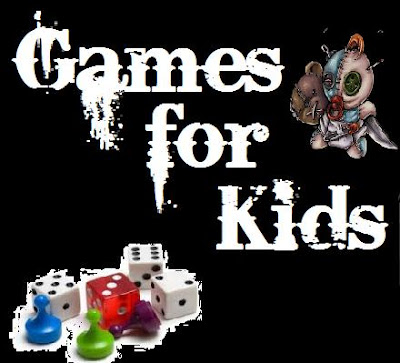 So on new years day I found my self with very little to do and two bored children hanging round the house fighting. Thinking on my feet I grabbed a game box, some hair of the dog and our kitchen table and set them to work setting out ... 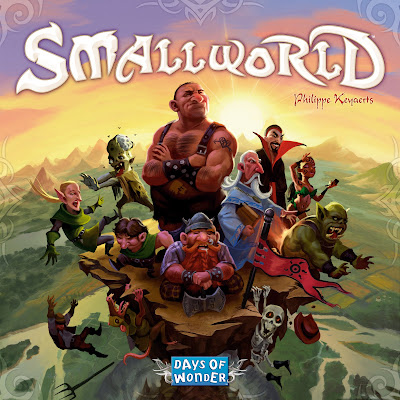 Small world is a fast paced casual game where players choose from randomly created races and take over region on a board. At the end of their turn a player scores points, which are kept hidden, then the player with the most points at the end of the game wins. 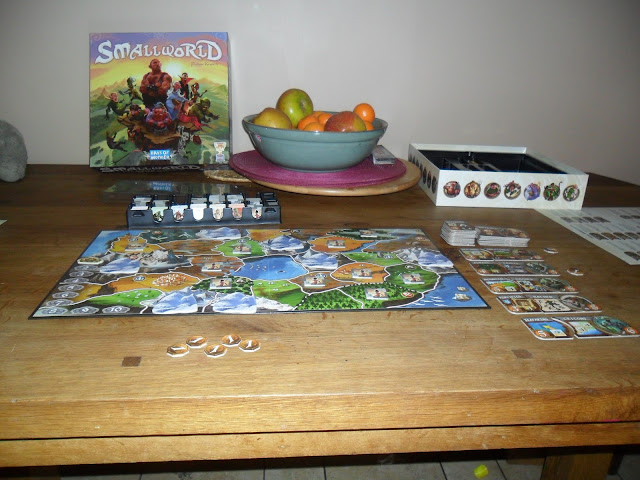 We opened the box and I got the girls to set out the races. Small worlds core mechanic is that you have 14 or so races and 20 or so abilities these are combined and shuffled at the beginning of a game to decide the races you will use this time around, e.g. you may get "Mounted Humans" as a race or "Seafaring Trolls" the combinations are limitless. Each race then has two special abilities, a race ability and a other. These are how additional points are scored, or extra pieces gained, it really depends on the race.
The kids took a little while reading through the handy summary sheet each player gets given finding out what each race did (and arguing which were the prettiest). Some of the more esoteric race modifiers like bivouacking  took them some time to understand as did some of the more confusing race abilities like sorcerers being able to turn a piece into an additional sorcerer but the starting races available were all pretty straight forward so we pressed on. 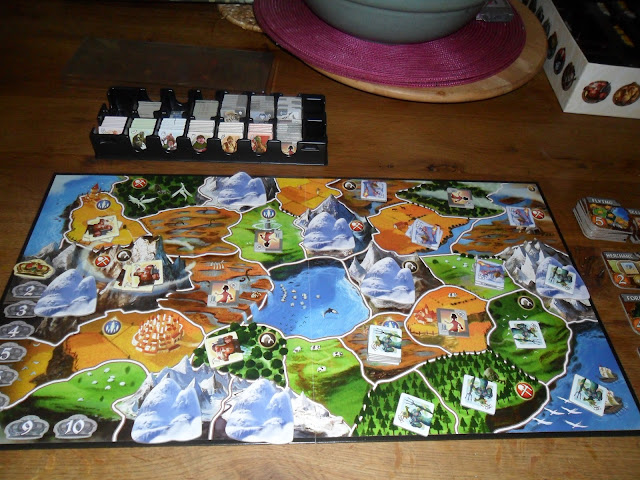 The first turn took the longest but left all of us in a strong position, the mechanics of the game are pretty simple at their core. It takes two units to conquer a space, and one additional unit per feature in that space (i.e. a mountain or another race tile), the girls picked this up quickly and turns speeded up with faster rounds taking a matter of seconds.

Once you've conquered all the regions you can, small world allows you to roll a reinforcement dice to take a final region. The dice has six faces, one, two, three and three blank. The number rolled is added to any remaining units and regardless of result the turn ends. 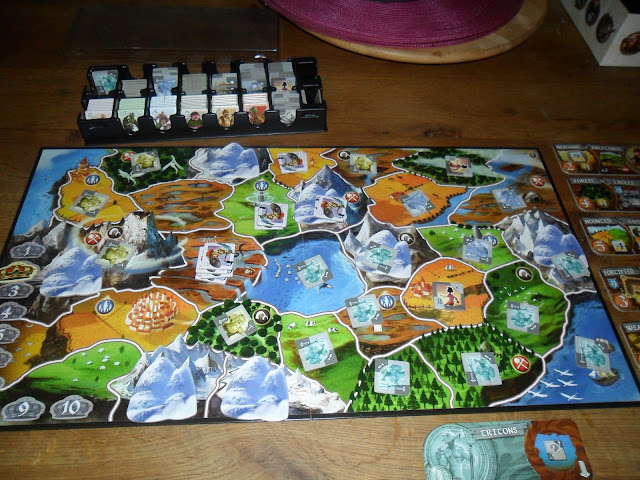 You may be able to see from the picture the final mechanic that needs explaining in Smallworld, and one the girls picked up faster than i thought. When you believe a race can do no more, you put them "in to decline". This means the tiles are turned over and you can no longer move this race but they score points for you while they survive on the board. You are then free to pick a new race in your next turn. As you can see here my Tritons (seahorse faced fellas) are now a weird ethereal blue compared to before, this is to show they are in decline. Normally a player can only have one race in decline but there are exceptions. 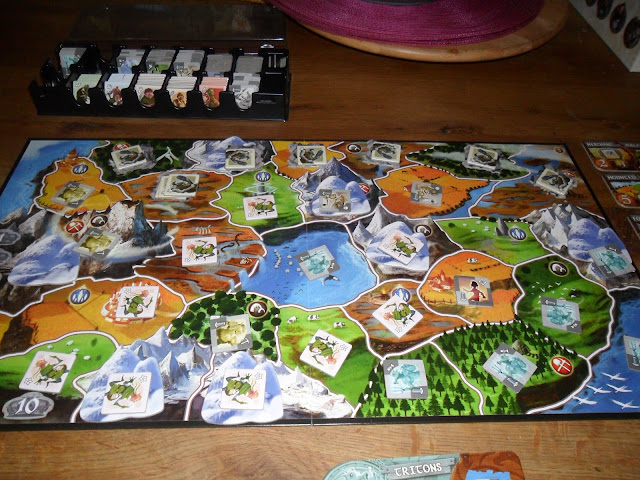 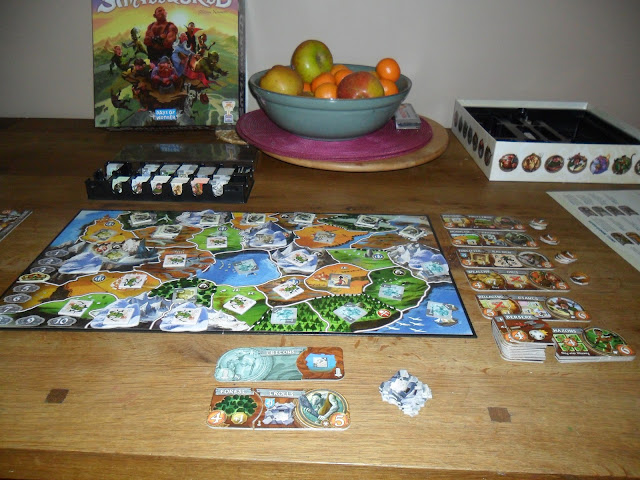 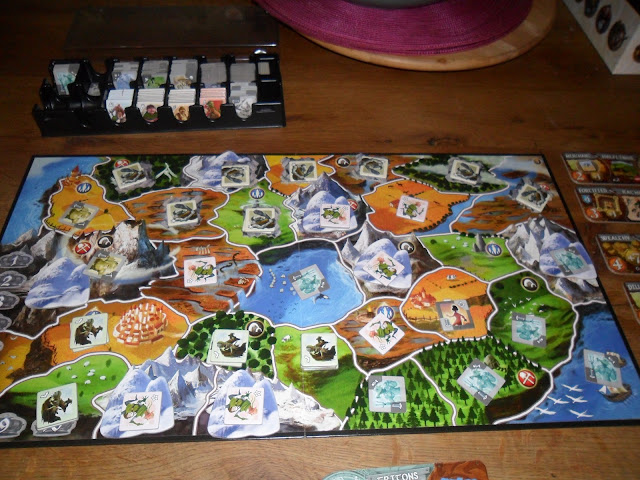 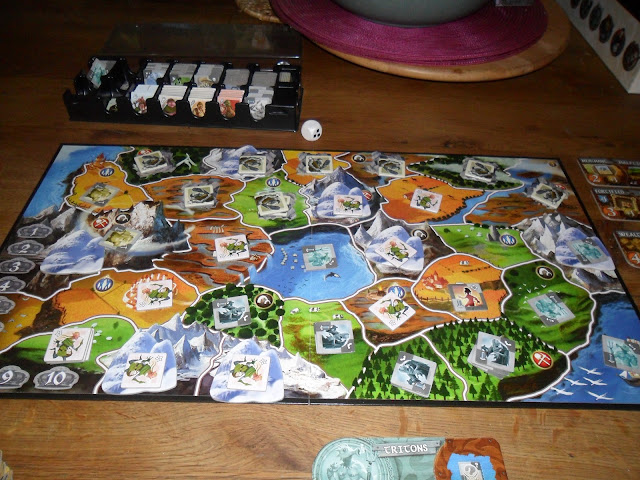 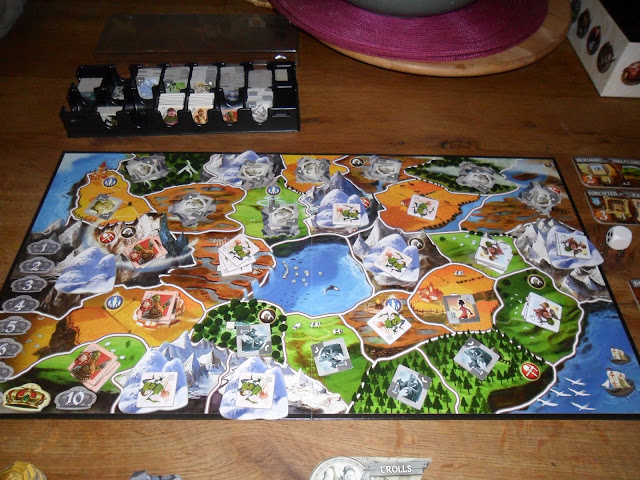 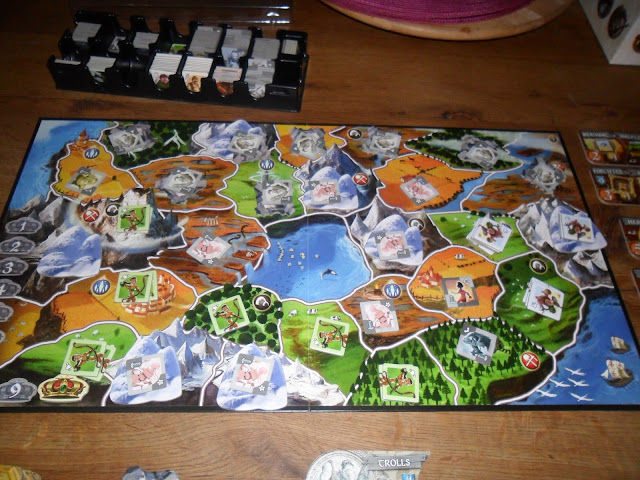 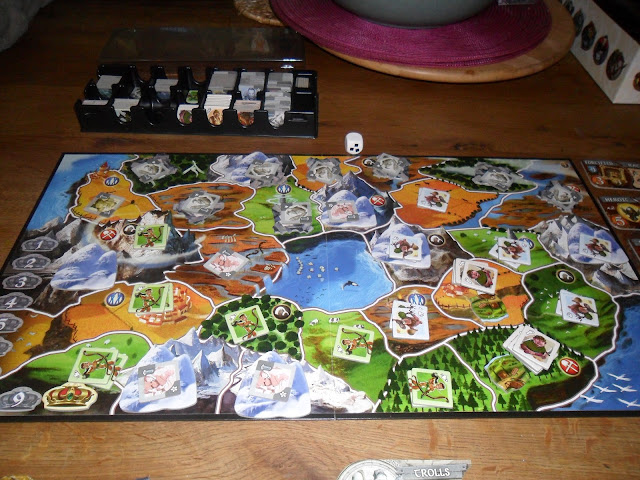 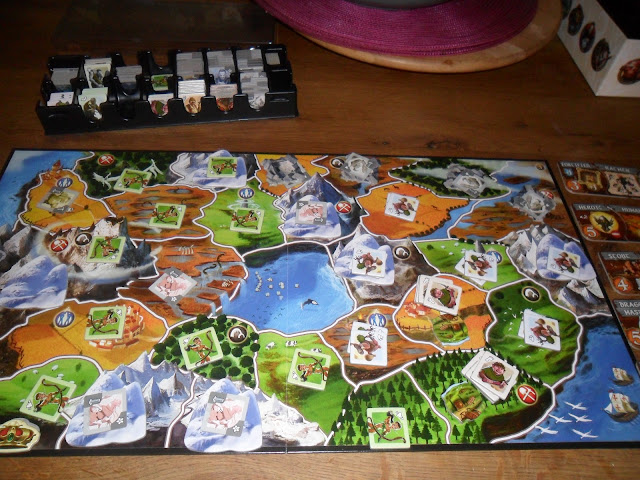 As I hope the pictures demonstrate races come and go, so getting attached to one will get you no points, getting even for an old race is the way to win. (As a side note, mostly because I promised I would, my sister finished with one dwarf intact at the end of the game, which was the first piece any of us put down. A feat simply unheard of in small world.)

The game went really well with scores coming down to the last two or three points we could scrap in the tenth and final turn. As I think the pictures show though the Brutal Amazons (my youngest sisters final race) won the day. Brutal is a rule where a player gets to roll the reinforcements dice before EVERY attack not just the last, and she couldn't roll less than two, add to this that amazons get four extra pieces when attacking and we never stood a chance.

Before I get to my final thoughts I just have to compliments Days of Wonder on Smallworld. It's my favourite game at the minute and will be a firm favourite forever. It looks stunning, simply but bright and engaging, as the pictures may show a little, the box is perfectly designed for storing all the pieces including a separating tray for race tiles that all have their own slot (it pleases my OCD so so much).

Overall I believe the girls loved it, they took longer to get into it than "Ticket to Ride" but it held their attention longer especially in the end game. The hidden scoring system (much like Ticket to Ride) keeps everything interesting down to the last move.
I think this maybe a game I reserve to play with my friends and my siblings rather than the whole family, its a little too nerdy for parents (well if they're like mine) and while lovley lacks the simple elegance that put Ticket to ride on a par with Monopoly or Cluedo that means it could appeal to a larger audience.
It's definitely a great great game though and the kids loved it, which is kind of the point.

Next time on GFK  - Carcassone
Posted by Citizenwilliams at 12:00