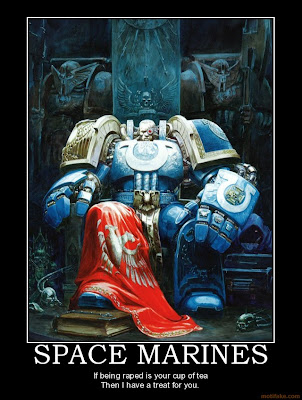 While I stand by my orignal points directly after the game (see below) I'm going to add some pictures and add a few more details to the first two game reports and write up reports for the last three.

"While I went first the nature of the mission and my army means my opponent rolled on to the board. He deployed three of his transports on my left flank and a fortified ruin and a gun line set up on my right.
I dropped all but two of my squads on to the left flank I popped two of the transports and over 5 turns cleansed the left hand side of red scorpions. On the right flank the devastators took an assault marine a turn but the thunder fire cannon was the real star annihilating any squad it shot at.
Calgar was the MVP however, having dropped in template formation his orbital bombardment smashed all 11 models in the squad in what was the moment of the game leaving me dumbfounded.

My opponent overall was a better player than me though my practice over the last few months so hopefully will pay off better next game."