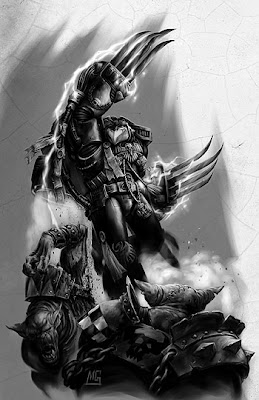 I love marines, and even more than that I love Raven Guard, so when i decided to do them as an army naturally i chose the one character in the Space Marine codex who turns yout list in to a more Raven Guardy one.

However I soon found that creating and effective yet fluffy 'Hit and run', 'See but don't be seen' style army isn't easy. So I moved to the Blood Angel codex.

Now a quick bit of back ground, I've been thinking of an idea furthering GW's current idea of the character leading your army themes your army, but I don't think they go far enough. For example currently, a spacemarine captain on a bike makes bikes troops, and in the Dark Angels and Space Wolf codicies the terminator armoured character makes termies troops or at least scoring. I believe the war gear your captain (or named character) is armed with shoul theme your force. So...

it wouldn't take up much more space on the page and would make setting an army to a theme much easier. (I know some wargears costs would need to be increased, and I think the captains equipment should affect the command squad too)

With all this in mind I have decided to rewrite Captain Shrikes rules. 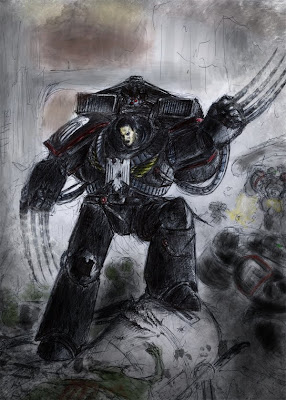 (I have no issues with the profile, pretty standard captain rules, however its the special rules we're looking at)

Special rules:
And They Shall Know No Fear, Combat Tactics, Independant Character, Infiltrate.

See, But Remain Unseen;
Before deployment roll a D3, in addition to his own unit, shrike gives this many units in your army the infiltrate special rule.

Winged Assault;
If you include Kayvaan Skrike Assault Squads, of ten models become troops, however you cannot take any Thunderfire Cannons.

Shrike's Wing; Shrike is usually accompanied into battle by vetrans from the Targus viii campaign. If you include Kayvaan Shrike, one command squad in army may be equipped with Jumppacks at +50pts for the squad.

Wargear
The Raven's Talons; These are a pair of master-crafted lightning claw. They also bestow the Rending special rule on Shrike's close combat attacks.

Points: 220 (not much of an increase but enough to pay for the extra infiltrate)


Hope you like, I'd do a few more of these but only Shrike seems relevant to the blog. Let me know what you think, or more specifically let miss Alyson Hannigan know. 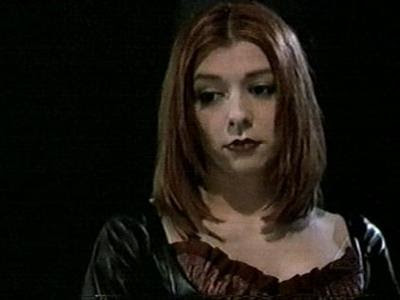