Malifaux on a Budget in Action - Part 1 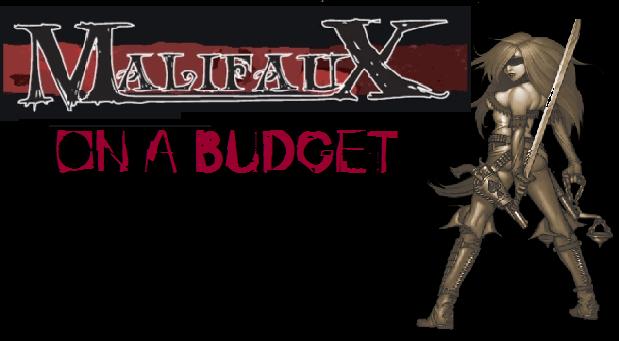 So as I recently mentioned I managed to sell my self the idea of a lady Justice crew. So after a few days acquiring a few extra parts (one of which I will admit now is both cheap and expensive at the same time).

So this is the crew in it entirety. I decided I wanted only death marshal models and that I wanted to extend the coffin theme through the whole force. 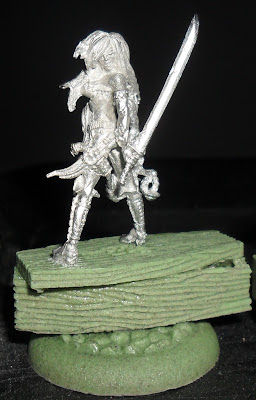 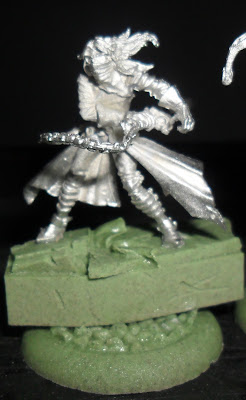 For my master I chose Lady J's alternate sculpt as I just prefer how she looks. The coffins and bases are from Fenris Games, who's resin casts I highly recommend.

Judge is largely unaltered but I may revisit him as while I like the model I'd like it to be a little more dynamic. 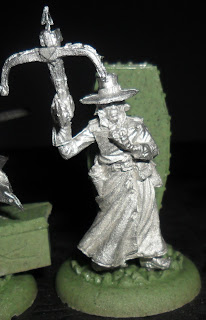 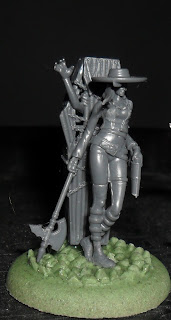 Next up is the exorcist, a nice model if a little plain, but out of all the models I've added coffins to I think it suits him the best.

To the right is Miss Terious, a limited edition death marshal model. Gmort gave me this model as I'm due one later in the year for pledging for the "Through the Breach" Kickstarter so technically the model is free as she was a pledge goal but tracking one down will not be cheap. 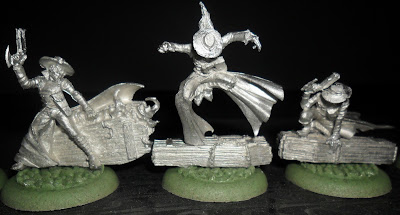 The core death marshals are pretty much as they come I simply altered the pose of the one on the right as I dislike his staple pose as its too precarious. Even such a small change has made him into one of my favourite models.

Over the next few weeks I'll be going through how to paint and how I'm using this crew in game both here and on our new sister site The Hobbynomicon. Any of you who've not stopped by the page yet please do, we're combining all our local hobby talent into what we hope to be a cross media hobby heaven.

Thanks for sticking with me once again, theres no "Board Games for Kids" tomorrow due to Hobbynomicon work but the weekend will see some product reviews and hopefully and in depth look into one of our games nights.
Posted by Citizenwilliams at 21:43