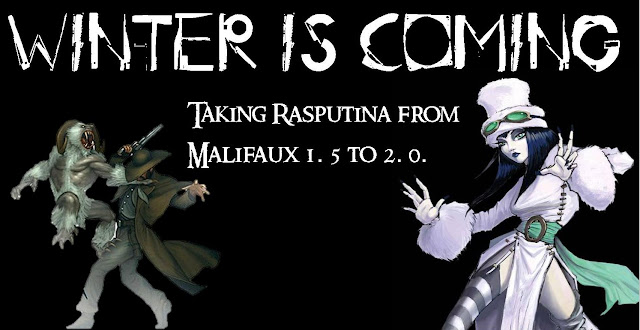 So we've know Malifaux 2.0 has been on the horizon for a while now. Wyrd told us that the masters and models from the core 1.5 book would be redone first and we'd get the rules on the first of June.

Well they folks at Wyrd came up good. Malifaux 2.0 looks like a solid beta, there's a few rules I'd like to test but I'll come to those in later articles as I begin to test. Allow me first to tell you a tale.

I was becoming  little disillusioned with Malifaux due to having to teach so many games and not being able to use my master (Colette) in those games as people got confused. I was on the verge of ditching the system entirely then came the UK games expo. I was scheduled to run a tournament and at the 11th hour had a  player pull out. This forced me to bring a crew to fill in the gap I grabbed the first models I could find which were small Kaeris and Rasputina crews. I went to the expo details here, and had a blast at the tourney. I fell back in love with Malifaux and began a new romance with an ice queen. 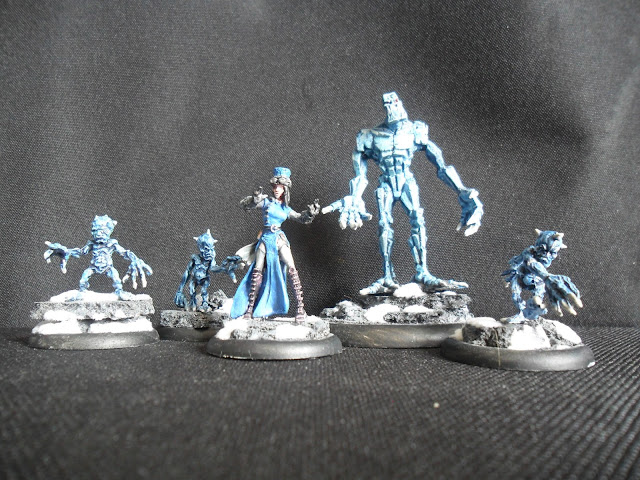 Colette is still my favourite master in both play style and look, but Rasputina has a certain power and glass cannon effect that was really fun, meaning I had to play defencive yet still go for kills until my usual crew. This got me thinking about 2.0 and how silly I was for liking a new master before the new edition was out. Fortunately for me unlike Colette Rasputina is included in the new beta rules. Over the next few weeks and month I'm going to be looking at Raspy's current rules, how she plays now and how 2.0 is changing this.

They'll be cameos from some of the guys over at the Hobbynomicon as well as a few other local bloggers as I'd like to be able to cover more masters.

We'll start next week with a look at Raspy's strengths and hopefully a look at Malifaux 2.0 with A.D.
Posted by Citizenwilliams at 15:45