On the Paint Station - Cygnar 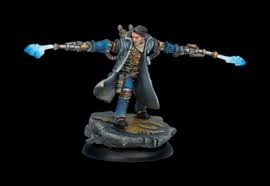 So with projects over at the Hobbynomicon taking up a lot of my time I figured I'd come back to spiritual home and give an update on a project I'm currently involved in.

Lots of the guys and gals at my FLGS (friendly local gaming store) have huge Warmachine collections however much of it was unpainted. So the big 5 player have all been challenged to paint 300 points by Christmas. Now as my on a budget articles may suggest, I don't have the most money in the world so a lesser group of us have taken up a much lesser baton to paint 100 points by X-mas.

I thought today I'd talk you through the first 50 point list I've made to complete my first half of the challenge.
I had no interest in Warmachine for years until a friend of mine asked if I wanted to play in the Iron Kingdoms RPG. I said yes and fell in love with the world, particularly one unit, gunmages.

In essence these guys are pistol wielding light troops who channel magic into their bullets. The game contains all sorts of them, so I set about trying to fit as many as possible into a list. My 50 point Caine list is the end result. 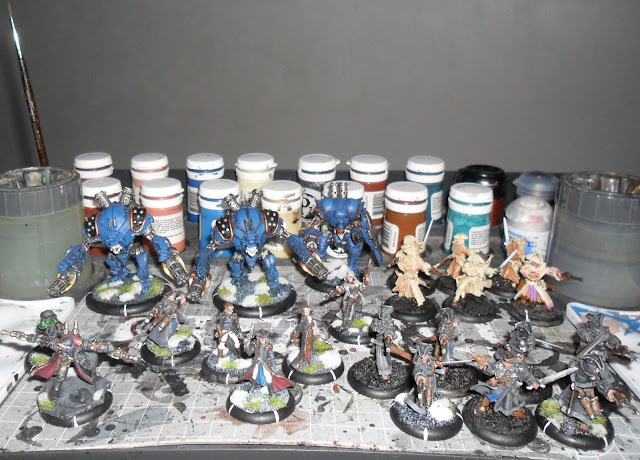 So as you can see my paint station is truly packed at present, however this is still ten points short as my gunmages on horse have not arrived yet.

First up lets take a look at my 'jacks. 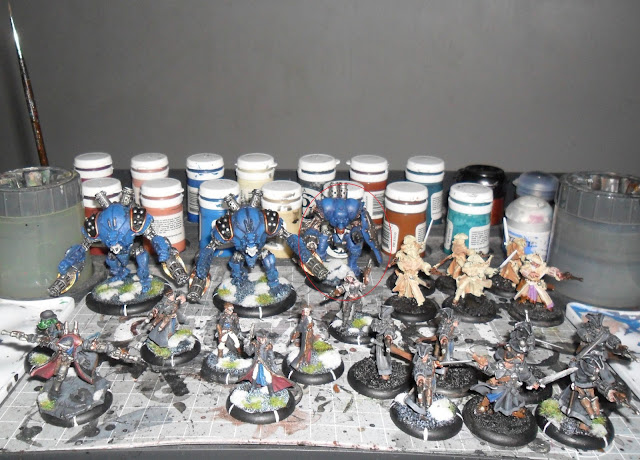 So having played Warmachine for a while now I became bored with hard hitting melee 'jacks so took my whole force ranged. (I apologise but the red rings did not come out well). The first jack is Sentinel, this guy has a mini gun and shield and is mostly used to keep my caster alive, he's useful and cheap, I just wish he had a nicer head. 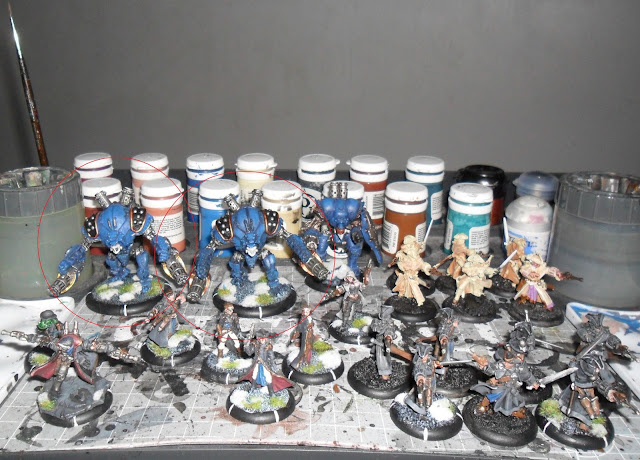 My other two 'jacks are heavies, the twin mini gunned Cyclone. These sit on my flanks and drop templates of death in my opponents path until I need to take down a target.

That's the 'jacks which are mostly in my force for power, If i could field none and still be effective I'd be very happy to but, its not viable from what I've seen of the game. But on to my favourites. 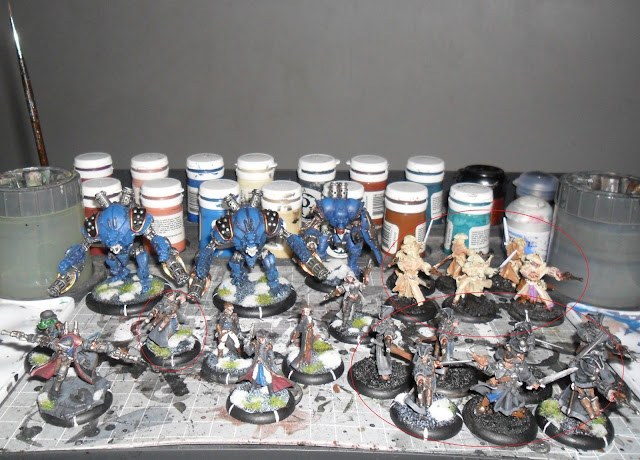 The two units on the right of your picture are my gunmages. I opted for one Cygnar colour scheme and one Llael, as I wanted some variation and love the Llaelese fluff. These are the last units I have to finish, as it seems Malifaux has made me lazy when it comes to mass infantry,
There is also a gunmage solo on the left but I'll talk more about him in a moment. 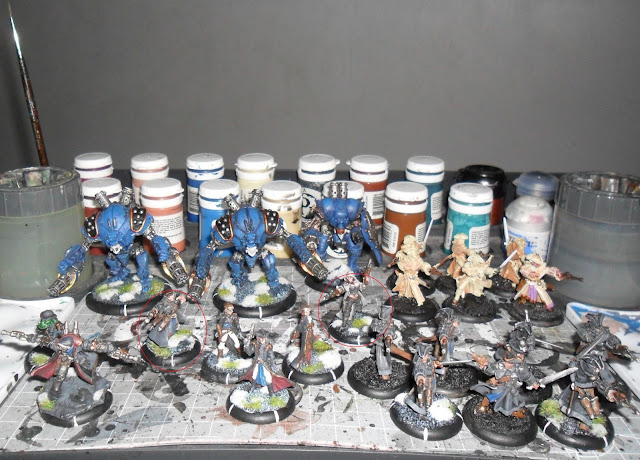 In addition to my vanilla solo I also Have Taryn Di La Rivossi, a Llaelesian gunmage who's background and art work I just love. The model however isn't the nicest but I'm looking for options for a conversion. 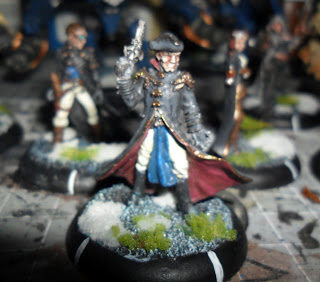 Another named unit and my favourite model in Warmachine (even if they are a little out of scale) are the Black 13th. Cygnar's special Op's team and my tabletop tool kit they have option for every situation and I literally never play Warmachine without them.

Finally we come to my Caster. 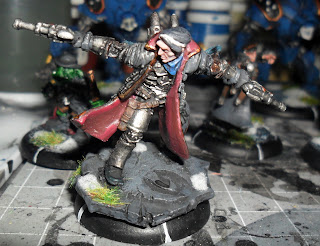 My caster is Cygnar's only gunmage caster, who I field with a tiny goblin friend (Reinholdt) and the two together are pretty powerful especially on feat turn.

So that's my 50 points at present I still need to finish the gunmages and the new Blazers (gunmages on horses) So I'll put some pictures up of the finished 50 points in the next couple of weeks.