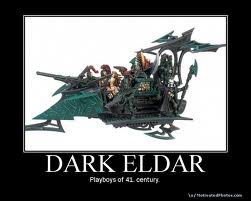 Not my snappiest title I admit, but I have not been hobby idle, though alot of my free time has been taken up by Dark Heresy. Feel free to check out the groups progress here.

To the D-Eldar. So far I've built a battle force and my Incubi, and am awaiting a second battle force to pretty much finish the list, while I know you all know what Dark Eldar models look like I'm still going to show you a few but just my conversions.

We begin with my conversion for Duke Sliscus, The Serpent 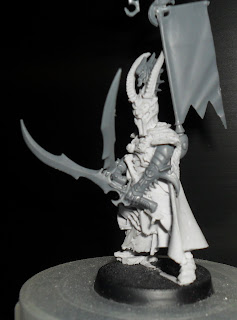 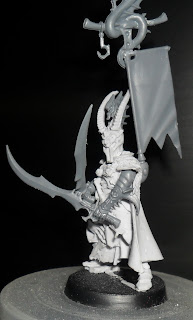 The conversions pretty basic, just a kit bash of an archon and the battle force with a few dark elf corsair pieces thrown in. 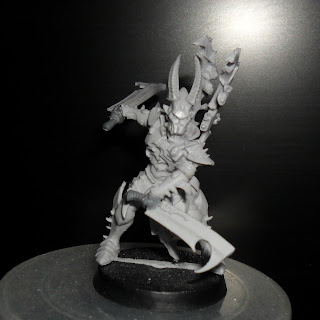 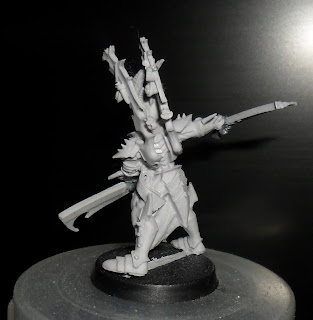 A bit more involved, I wanted the Incubi leader to have Demi Klaives, but theres no model for them so with a hand swap and some advice from my FLGS i manages it, just.

Finally for my true born/ My FLGS manager suggested I add corsair cloaks. So after 12 cuts and alot o swearing they all have them. 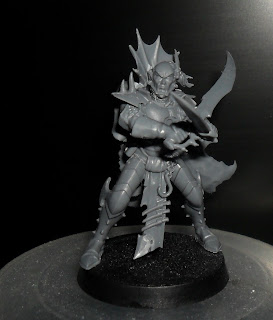 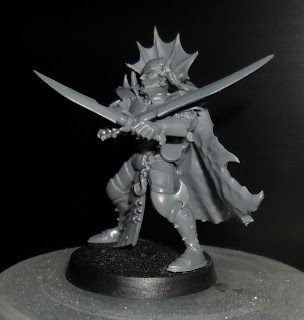 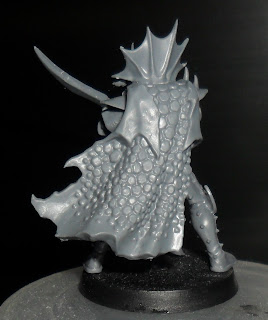 9 of these guys live with Sliscus armed with 2 splinter cannons, 2 blaster and 2 Shredders.

So hoping to get the first half sprayed later today so I can start showing you some painting :)